It’s an age-old debate new research is bringing it to a head this Valentine’s Day – who thinks they’re the better driver in your relationship.

We commissioned a survey, the results of which have reinforced the stereotype of the testosterone-fuelled man who thinks his skills behind the wheel are clearly the best. Two thirds of men questioned (67 per cent) thought they were the best driver in the family. When women were asked the same question, just a third (33 per cent) said they were better.

It does not end there. Not only do men think they’re much better drivers than their partners, 17 per cent would trust a computer to take them to their destination over their other half. That’s compared with 87 per cent of women who say they’d feel safer driven by their partner than an automated car.

The survey reveals that gender stereotypes in driver perceptions are still prevalent in 2019. It also illustrates we are yet to be convinced that driverless cars are the future or that we would be safer if they were driving – no matter the gender of the driver.

Cars on Demand managing director Paul Brown said: "The results demonstrate that men are vastly over-confident behind the wheel compared with women. This over-estimation of superior driving skills is in stark contrast to analysis of statistics by the DVLA**, which claim women are the better drivers because they hold fewer penalty points - just 28%, vs the 73% held by men. Quite a shocking figure considering the fact men make up 54% of the UK’s 40m drivers.”

“While over-confidence behind the wheel may never go away, it’s surprising that one in six men already have confidence in the technology and say they’d feel safer in the car without a person in control – despite probably not having yet experienced driverless technology. As more autonomous vehicles hit the road in the coming decades, statistics are going to win the day though and paint a truer picture.”

Autonomous vehicles are fitted with sensors to detect other road users, with the control system responding by changing direction and speed.

the UK market for connected and automated vehicles is forecast to be worth up to £52 billion by 2035.

Our company was established in 2003, and over the last 15 years we have seen the business expand nationwide. We have no plans to date to invest in a fleet of driverless cars but once demand for driverless and autonomous vehicles increases and they become more mainstream, they will undoubtedly become an important part of our overall fleet mix.

For now, we offer short term vehicle leasing solutions to individuals and businesses that require access to a fleet of cars, from small city cars to performance coupes, without the costs associated with purchase and maintenance. 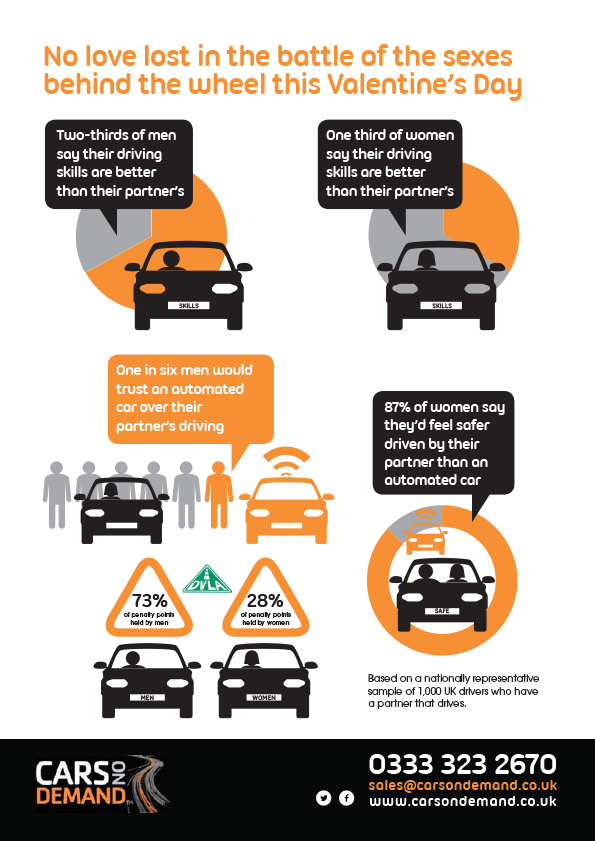